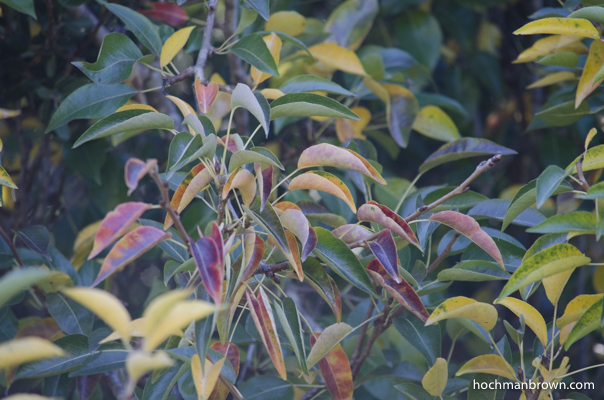 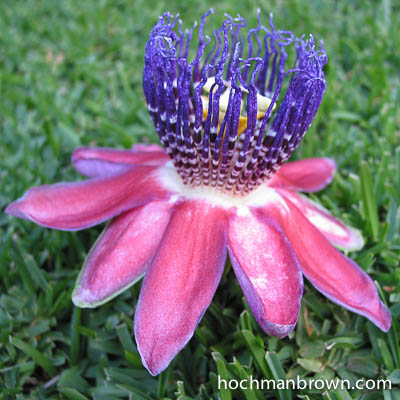 I’m not as taken with the actual sex parts of the flower. It seems to me that the alien structure of the carpels and stamens needs to be dressed up in a fancy-pants target to attract the creatures required to help it reproduce.

When I take pictures of passion flowers, I try to figure out how to capture a great image around this interior structure that I find so distracting. I found a solution in this case by capturing this freshly opened blossom in profile on my lawn.