I grew up in Santa Barbara and spent many happy days at the beach. I was the kid who collected driftwood and shells. I would jump rope with the long pieces of sea kelp that were deposited on shore after stormy high tides. And I would spend hours playing in the surf.

As I travel, I am always inspired by the majesty of the ocean. The salt air draws me in and the hypnotic rhythms of the waves hook me. I take a more austere look at our oceans now. I see the damaged we have done to this ecosystem. I also sense the raw power of storms that can decimate whole cities.

Even before the horrendous oil spill around my birthday in 1969, my days at the shore would end with a ritual of prying off bits of tar from my feet and cleaning up the remaining mess with turpentine. My mother would remind me that tar and natural oil seepage was present in the Santa Barbara Channel even before she was a child. The piece “Rock-N-Surf” is inspired by the rainbow oil sheen that can appear on the rocks at Arroyo Burro State Beach.

This show presents waters from Alaska, Argentina, California, Hawaii and Israel as well as a series of meditations on tangles of kelp.

I have included five works on paper that veer away from the kaleidoscopic form. These pieces with a theme of Sky and Surf play with symmetry in a more bilateral way. Each of these otherworldly seascapes marries the raw power of the ocean with more ethereal, yet no less ominous cloud formations. 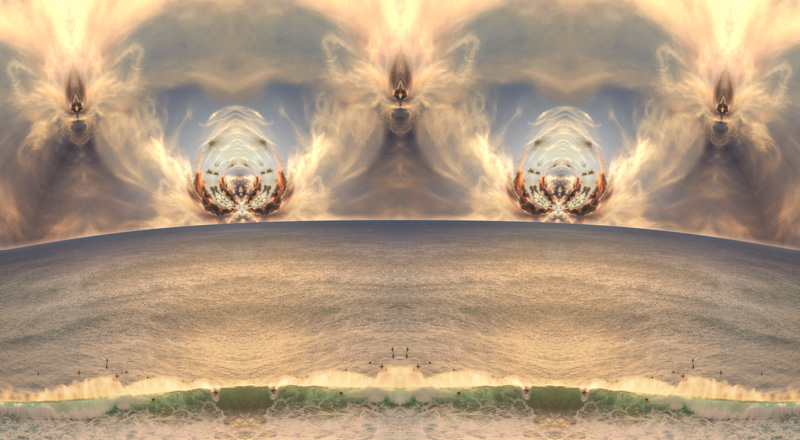 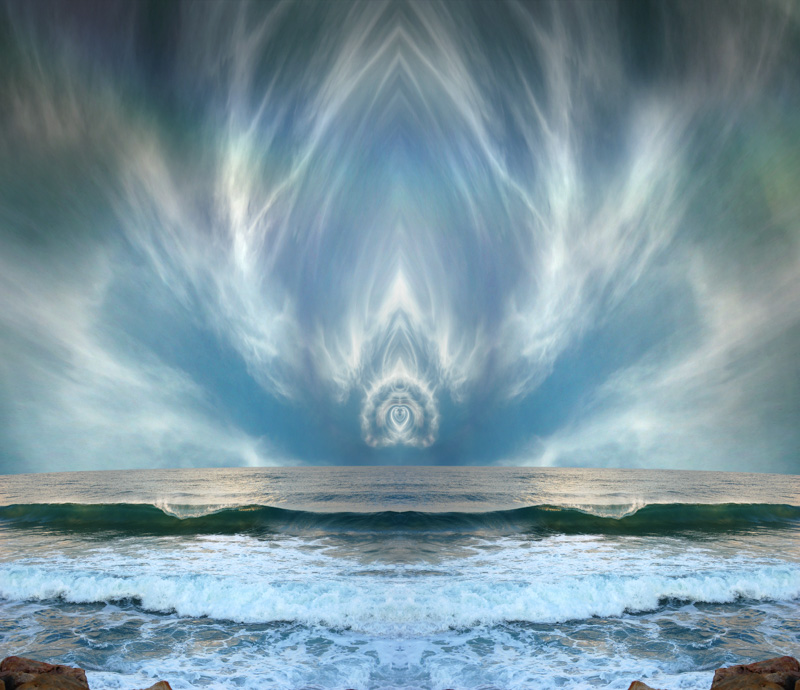