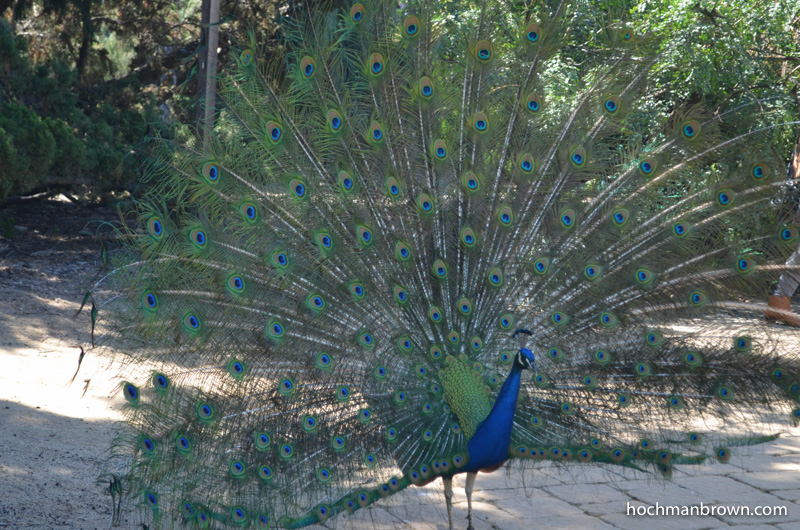 My term as Artist-In-Residence at the Los Angeles County Arboretum was during prime peafowl mating season. When I hung the show, the males had yet to grow in their signature tail feathers. They still had their striking blue neck and head feathers to easily distinguish themselves from the less flamboyant females–but the trains were yet to come.

By the time I began creating art onsite at the Arboretum, the transformation occurred; mating season had begun. And so had the unrelenting mating call, reminiscent of a small child in distress. Of course, the highlight of the ritual is the display of the colorful tail feathers, spread out like so many iridescent eyes. I began to notice hearing a rattling sound when a female was around. It seems the peacock is able to vibrate his train in such a way that the long hair-like feathers attached to the main quill flutter while the eyes stay pretty much in place. This must be very attractive and mesmerizing for the peahen. It was for me!

Quite fittingly for the surroundings, the subject of my first piece at the Arboretum was “Pumped-up Peacock,” a celebration of very showy fertility.

Check out this image on my online store!